I started my career in the heyday of Total Quality Management (TQM) in France, beginning of the 1980’s and witnessed over the following years how the TQM trainings and deployments built a quality-aware culture in the companies and spread to everyday’s life.

Over time though, other “Japanese Methods” became fashionable and the hype was on the flavor-of-the-month, something the rich Lean toolbox had plenty to offer.

Quality still was a hot topic, but more for getting ISO9000 certified than delivering greater value to customers. The latter was now more a goal for Lean, seamlessly taking over the TQM legacy.

Then came Six Sigma, rewamping TQM with more math inside and those irresistible colored belts. Six Sigma was not intended to merge with anything else, hence the coining of “Lean Six Sigma” or “Lean Sigma” to describe the attempts to merge the two.

Reflecting on nearly 40 years of evolution of the business philosophies, approaches or methodologies, could Six Sigma have more harmed than helped?

What made Total Quality Management (TQM) “Total” was the aim of embarking ALL employees to participate in working toward a common goal: satisfy the customer.

Group activities (quality circles) were organized in order to get everybody’s brainpower, knowledge or understanding about quality issues and the ways and means to solve them.

A simple toolbox holding basically 7 tools was made available to everybody. Those tools were simple enough that a light training and moderate coaching would suffice for anyone to understand and use them. The required level of math was not more than basic arithmetic operations. Everyone was considered a Subject Matter Expert and was invited to participate.

The 7 tools are (minor variations can be found):

You may check my post about these tools >here<

Once problem solving started, continuous improvement would follow. Besides improving value for customers TQM brought also a sense of purpose to all stakeholders, the understanding of how their daily tasks would contribute to bring flawless products or provide great services to customers, turning them into loyal ones and insuring the future success of the organization.

When Lean came to enlarge the scope, it embedded TQM so that there was a continuum and the same people would keep on with a greater variety of problems to solve.

Six Sigma and its colored layers of expertise

To distinguish the levels, martial arts inspired colored belts were created, making the hierarchy of knowledge and related prerogatives official. From then on the working groups switching from total participation regardless to rank and knowledge in TQM and Lean  to Six Sigma, now divided between the few geniuses and their many servants**.

*Over time some “Six Sigma” programs softened up on data and math, promote almost only DMAIC and 5S…

**A great quote (approximately) by Jim Collins’ “Good to Great”

The Six Sigma “aristocrats” define what is to be done and the lower ranking take over the mundane tasks to prepare data and stuff for the masters to do their science on. The low ranking participants, awarded white and yellow belts, are less and less involved and empowered, eventually losing the sense of purpose.

All that made TQM and later Lean so great and acceptable by shopfloor people fades away. Interest also fades, as only few people are attracted by the abstract side and difficulties of statistical math.

On top of that, the Black Belts and Master Black Belts, usually challenged and rewarded on the achievements they lead, keep close control of the rollouts, so that they (purposely) become bottlenecks, a limiting factor to solving more problems.

Now it seems to take ages before getting a problem solved, while it was much quicker to those who have experienced simpler, more practical and pragmatic approaches.

Could Six Sigma have more harmed than helped?

Here we come to the question : Could Six Sigma have more harmed than helped? Well, there is no single answer. Six Sigma proved great to solve tricky problems that required more hard science than the simpler methods and tools.

So everything is not just black or white.

Yet I assume that the bad uses outnumber the good ones, that marketing dressed a scientific method with fancy dresses and greedy promoters sold it as a one-fits-all trendy cure to all troubles.

I therefore do not believe in true overall quality improvement and most of all I fear that this segregated approach, with savvy experts on one side and driven doers on the other, turned many people away from developing their own problem solving skills and being engaged in improvements.

For the latter, yes I believe Six Sigma has more harmed than helped.

Your comments are welcome. 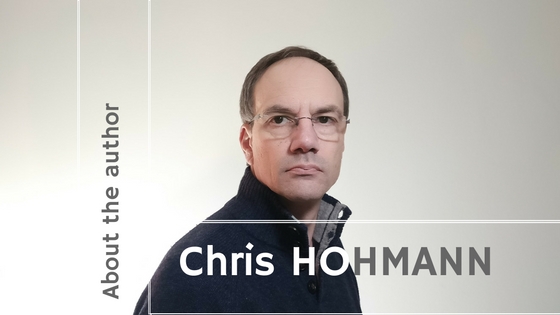 2 thoughts on “Could Six Sigma have more harmed than helped?”