Author, blogger, consultant, quoting himself fascinated with the art of making things, fluent in Japanese and several other languages and sharing his knowledge since the early days of Internet.

Philip is the Theory of Constraints reference in France, author of the first French book about ToC , consultant. 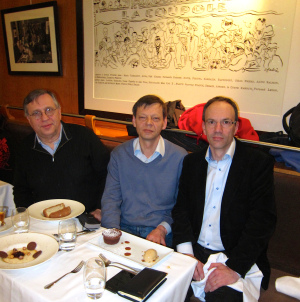 It was a real pleasure to meet both Michel & Philip for diner and chat. The conversation was mainly TLS focused, each of us having some experience or thoughts to share.

Philip and I meet periodically, thanks to our locations in Paris. It was the very first meeting with Michel despite years of e-mail contact.

There’s nothing like a live discussion in a nice place and its density and variety of ideas exchanged.