Factories are not the only place where the future of jobs is questionable. New technologies may have far bigger impact on employment than generally thought. Until “recently” job losses related to innovation have eventually been compensated by new roles for workers, but this may no longer be true according to an analysis of the Economist.

Innovation is an accepted – if not welcome disruption – as it allowed growth, enhanced productivity and better life, although it kills some jobs. These job losses being compensate by growth of demand for more goods and services.

But, if jobs most vulnerable to machines were those that involved routine, repetitive tasks this may change in near future as computers/technology are increasingly able to replace humans, often more reliably and quite always cheaper.

Many of the jobs most at risk are lower down the ladder, whereas the skills that are least vulnerable to automation tend to be higher up.

As technology races ahead, low-skill workers will reallocate to tasks that are non-susceptible to computerisation – i.e., tasks requiring creative and social intelligence. For workers to win the race, however, they will have to acquire creative and social skills

The rise of the machines, as named by the Huffingtonpost, may impact jobs far harder than generally thought.

Almost half of all jobs could be automated by computers within two decades and “no government is prepared” for the tsunami of social change that will follow, according to the Economist.

Unaware of this threat to incomes of many citizens, no country is ready for it and Shunning progress would be futile because any country that tries to stop would be left behind by competitors eager to embrace new technology.

Read the Huffingtonpost about the Economist’s column 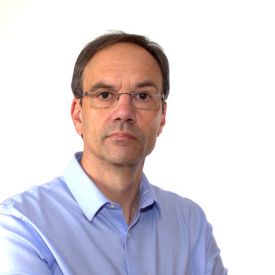 About the author, Chris Hohmann